We work with business and academic institutions in improving their key business outcomes by transforming the business processes, academic processes and content, and by deploying smart technologies and solutions.
Our business areas include Industry-Academia collaborations, Smart City Advisory and Technology Consulting. Smart Transformations is a partner of IBM. 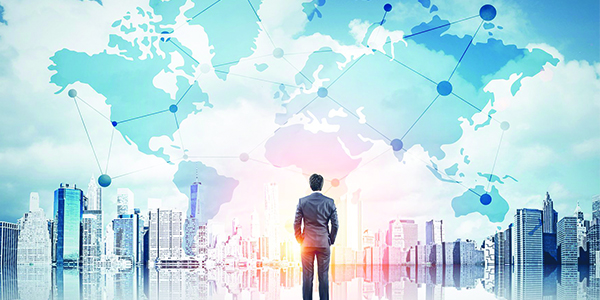 To be the top five technology education organization in the country by bringing global thought leadership, using state-of-the-art technology and a smart framework.

To transform the way higher education is delivered by partnering with academic institutions of excellence and to improve the employability of students.

Suresh is the Chief Executive Officer of Smart Transformations.

His earlier roles include Executive Director at JP Morgan Chase, India Resource Manager at Hewlett Packard and Head of Consumer Products at Wipro.

His 30 years of experience in the IT industry covers responsibilities across manufacturing, IT services, BFSI, and recruitment. He partnered with global leadership teams to set up a remote IT operations centre in India.

Suresh was also an empanelled mentor on the JP Morgan Global Mentorship Program. He partnered with HR teams in designing policies and processes for startups.

Amitabh is the Chairman of Smart Transformations

A graduate of IIT Kanpur and MBA from Fisher College of Business, Amitabh Satyam is a former Managing Partner of SAP and the Global Leader of Telecom Consulting at IBM. He set up the global IoT practice at IBM and also led IBM’s global go-to-market efforts for Cloud for Telecom.

His book on Smart Cities is a leading global reference on the topic, ranking in Top 15% of research items on ResearchGate and is used at leading institutions in the world, including the University of Oxford and Indian Institutes of Management.

Amitabh has taught for four years in the USA at The Ohio State University and at Rider University.

Mr Pratap Heblikar is the Advisor to the Board

PM Heblikar retired as Special Secretary, Government of India in September 2010 after over 38 years of service. He is currently Managing Trustee, Institute of Contemporary Studies Bangalore (ICSB) – a not for profit think tank specializing in security and strategic affairs. It has done some outstanding work in past with National Human Rights Commission, West Bengal Juridical Academy, matters related to police reform, jail reforms, training of Karnataka Police Constabulary, Press Institute of India, Department of Customs, Government of India to name a few.

He was a Visiting Professor at the Department of Geopolitics and International Relations, Manipal University, Manipal (Karnataka) and formerly an Adjunct Faculty, International Security and Strategic Studies Program (ISSSP) at the National Institute of Advanced Studies (NIAS) Bangalore. Besides, he was associated with the Christ University, Bangalore and St. Josephs College, Bangalore in developing a new approach to the study of contemporary developments.

Besides teaching, he has been associated with the corporate sector in the security field in both integrated and cybersecurity. Besides being currently on the board of Smart Transformations, he is a Director of a security consultancy company, details of which can be viewed at www.maxgridsecuricor.com. He was a member of the Asia Centre – Bangalore-based. He is a Life Member of the United Service Institution (USI), New Delhi. In April 2015, he was appointed as a Director on the Board of Singapore based Asian Dialogue Society (www.asiandialogue.com). During his government service, he specialized in insurgency and counter-insurgency developments in India’s northeast region. He held several important and sensitive posts in the central government dealing with external security-related issues. He was also on several committees of the government dealing with security.

Following his retirement from government service, he has been writing for security and defence-related journals and for leading newspapers and magazines regularly besides participating in seminars and workshops, both in India and overseas. He has visited Taiwan to speak at the National Defense University and the Command and Staff College, Prospect Foundation as also at the National University of Singapore and Nanyang Technological University, Singapore.

Mr Heblikar was decorated by the Government of India for Distinguished and Meritorious Service respectively during his career.
He was educated in Bangalore. He plays golf and badminton for relaxation.

Mr Hugh Brito is the Director of Strategic Initiatives

Hugh Brito has over forty years of experience in a large number of industries including healthcare, real estate, beverages and electronics. A reputed strategist in executing large deals, Mr Brito has worked for Philips, British Layland and United Breweries.

He has worked in India and for about a decade in Sultanate of Oman.He has received his Commerce degree from Bangalore University.